Why I use iPhone, and Why I Hope the Google Pixel will Change That

I've mentioned in my previous post,"Are Updates Actually Important?" that my mobile platform of choice (currently) is iOS - limiting my options to iPhone and iPad - no Motos or Galaxies for me.
Not that I don't want them - it's a side-effect of knowing the huge security disadvantage of Android that caused me to recently switch to an iPhone.

It's not up for debate, either. The mere fact that all Apple devices 5+ years old get security updates immediately after Apple develops a patch is a far cry from the very scattered update system in place for the myriad Android devices - where stingy carriers and manufacturers can hold up updates months, years... or simply drop support for the device altogether, even if it is relatively young. Like Motorola's Verizon flagship (which implies better service), the Moto X Second Generation - receiving updates for roughly a year and a half.

While a terrible disregard for green initiatives, this too could be forgivable if they didn't act like these devices are still usable, and drop them from their shelves. (Which they don't - meaning some new, bought-in-store Android devices were out of support before you bought them.)

Notwithstanding the inherent lack of safety in the Android platform, it was truly my favorite platform to use. Speed, cheap hardware, and a lot of options all make the nerd in me a happy man. And the customizable notification system genuinely had a huge impact on my productivity - something iPhone sorely lacks.

Security, however - in today's day and age - is a deal maker and a deal breaker.

This then, is what I really am hoping for at Google's event tomorrow (madeby.google.com on 10/4) - for Google to show that they can reign in these rogue manufacturers under new licensing agreements that benefit the consumer.

At this point, I can barely recommend any Android device - except, perhaps, the One Plus line.


Anyway, here's to hoping Google launches a game-changer tomorrow. I'd like my speed and notification system back, please.

You can watch the livestream of the MadeByGoogle Event right here: 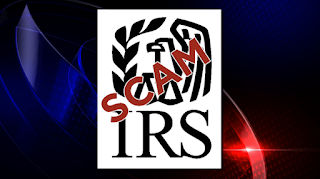